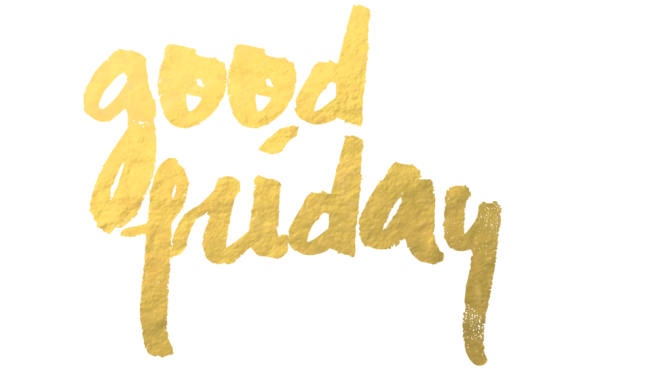 I don’t know if it was jet lag, anxiety, insomnia or God speaking – but it was another short night – short of sleep!  So at 3:15 I got up and went to the Word.  I spent time reading the Matthew and Luke accounts of Jesus in the garden, His betrayal and His crucifixion.

I was reminded of something George Wood said in the book on the Psalms, (don’t know if I have it exactly but this is the essence) “It wasn’t until Resurrection Sunday that the preceding Friday was called good.”

Read that again!  Does it grab you like it does me?  Friday was a disaster as far as the disciples were concerned!  Jesus!  They had believed in Him.  They had given up their jobs to follow Him. They had traveled around with Him.  They had listened to His teachings.  They had promised to follow Him to the ends of the earth!  And now . . . He’s dead!  Dead!  How did this happen?

Peter denied even knowing Him.  The rest of them had fled.  Jesus died, alone.  Now He’s buried and they feel deserted.  Where is God when you need Him?

Have you ever felt like that?  Betrayed? Deserted? Alone? Afraid? God where are you?

When we are going through the process it never “feels good”! The gardens of our lives are not always of the flowering kind.  Most times they feel more like deserts (Jesus was there too you know – facing the devil!)  We wonder if God is ever going to come to our rescue.  However, the hard times are for our good! When we come out the other side THEN we can look back and call it good.

My dad told me one time, “Connie, there is something God cannot do.  He cannot make two mountains without a valley”.  Hmmm.  He’s right!  We can’t live on the mountain top long.  Air is thin.  No food grows there.  But the view is great!  So down we come into the valley again to live, to plant, to grow, to prune, to harvest . . .

John 16:33 tells us that in this life we WILL have tribulation.  That’s a given.  It’s a fact.  That won’t change.  We will go through hard and difficult times.  But the rest of that verse says, “but be of good cheer, I have overcome the world”!  Yeah!  God wins!  And what do we do in the meantime – “count it all joy”!  Yeah, right!  Well, that’s what it says!  So can you rejoice in the midst of your Fridays?  Can you hang on in prayer, in faith, in believing that Sunday’s a-comin’?  Because it (Sunday) is!

One thought on “Good Friday”