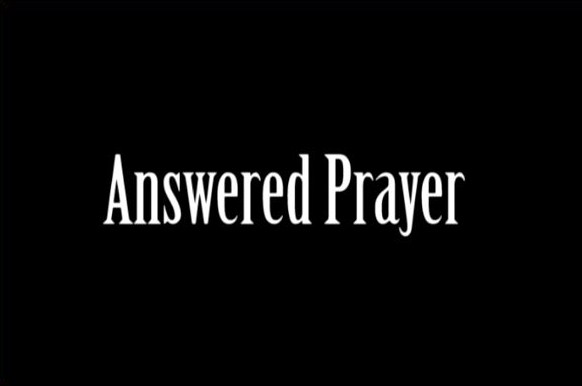 “Jesus, I’m in trouble.  Help someone to see me quick.”  Then blackness

As a child I had two traumatic experiences with water, one at a southern California beach and another during a vacation at a lake.  However at both of those experiences my daddy was there to pull me to safety.  It left me with a fear of water that stayed with me for years.

Not wanting my children to fear water I made sure they had their swimming lessons. Our youngest was three and I figured it was time for her lessons so I signed up all four (the three older children for more advanced classes) at our local city pool. The first day the children saw that they were also offering adult beginner lessons.  They shamed me into signing up!

The next morning there I was, freezing, in the world’s ugliest bathing suit and the first thing the instructor said was “put your face in the water”.  With that I started to cry!  I was 35 years old and couldn’t put my face in the water … not wanting the other four adults to see me crying I began to splash water in my face!!

However, after three weeks I was able to swim, under water and I was ecstatic!  One problem … not being very coordinated I never could (still don’t) have the whole thing down about continuing to swim while lifting my head, turning the same, opening my mouth, grabbing a lung full of air while still swinging my arms.  Just doesn’t happen!  But no problem … being in an Olympic size pool where I could touch bottom I would stop, stand up, get air, back to swimming.  Simple.

A few weeks after my lessons Ronn flew to St. Louis to attend a conference.  A family in our church was going to be gone for several weeks and they lived in a condominium that had a swimming pool.  They invited me to stay there for several days and let the kids have fun swimming.  Sounded good to me so I loaded up the kiddos and Oma (Ronn’s mother who lived with us) and off we went.

The children wanted to swim right away but I said they needed to wait until after lunch (God thing #1).  After lunch we suited up and went to the pool. There was only another lady and child at the pool and later another man showed up.   There were signs posted “No lifeguard on duty” but just that summer the HOA had decided to hire a lifeguard for the afternoons only (God thing #2)  Shortly after we arrived at the pool the lifeguard showed up (God thing #3).  I didn’t know he was a lifeguard … just saw him sitting off to the side about 25 feet away.

I had this brilliant idea to swim across the pool … I had done it during my lessons.  What I didn’t take into consideration was that the Olympic pool was  all one depth and I swam across the width not the length.  I also didn’t consider that I should start at the deep end and go toward the shallow end. So I took off …

I was over the deep end when I realized I needed air but when I wanted to touch bottom to stand up — the bottom wasn’t there.  That is when I knew I was in trouble and I prayed, “Jesus, I’m in trouble.  Help someone to see me quick”.

I remembered the instructor had told us never to swallow water so I closed my mouth tightly but then I remember the burning feeling of taking water into my nose which went directly into my lungs … that is when I blacked out.

The next thing I remember was taking a huge gulp of air and in my mind thanking Jesus for making an air bubble in the water … “Jesus, you are so good … You made an air bubble here for me” … what I didn’t know was by that time I was out of the water!

How did that happen?  The lifeguard saw my children and grandma but didn’t see me and he thought “I didn’t see that lady walk away … where is she?”  At that moment he stood up and saw me flat on the bottom of the pool and off he took and jumped in.

Obviously he (and the other man who ran over) got me out, laid me down, couldn’t open my mouth to give me artificial respiration (I guess I took the instructor seriously when she said not to open my mouth to take in water!) and they stood me up … and that is when I got the huge gulp of air … so now they knew I would live.

I have no idea how long I was “out” but apparently they sat me on a pool side chair and as I began to come to I heard someone saying, “Lady, do you feel like throwing up?”  He asked that several times and I had no idea who was asking, why I was sitting with my head between my legs and why would I want to throw up?  I wasn’t sick!  I kept saying “no”.  Then the voice said, “The ambulance is on the way and you will be going to the hospital”.  That was NOT what I wanted to hear and I said, “Oh no …” All I would think was we have no insurance and I’m going to make a huge bill and Ronn is gone!  Then I heard another voice say with authority, “Young lady, you WILL be going to the hospital!” and as I picked up my head I saw two black shoes which were filled with a police officer and I quickly said, “OK”!

Off I went to the hospital with my daughter, Vonda who was 12, in the ambulance with me … thank God grandma was with us to take care of the other children.

Oh, by the way, I waited until I was in the emergency room and as the doctor walked in THAT is when I threw up … all over him, me, the gurney, the walls the floor!  And again in the X-Ray room all over the equipment!

So what does this story have to do with answered prayer?  That’s the best part! 🙂

Early that morning the Lord awakened my Grandma Kopp (who lived over 400 miles away) with this, “Pray for your grandchildren!”  Grandma asked the Lord, “which one?”.  She said the Lord answered her, “Grandchildren”.  She also said it was a very strong admonition.  Grandma being a woman of prayer began to pray.  She prayed all morning giving this prayer her full attention.  Later she told me that early in the afternoon (remember God thing #1) a heavy darkness and blackness settled over her and she knew it was a spirit of death and she interceded even more fervently continuing to pray in tongues, her prayer language.  Suddenly the blackness lifted and she knew she had “prayed through”, that she had won the victory in prayer.  She then left praying and began to rejoice and praise God because she KNEW that which ever of her grandchildren were facing death had been spared.

It wasn’t until the next day when Grandma learned it was me and a cousin who was having chest pains and pain going down his left arm.  I was rescued and my cousin’s pain left.

There is so much more to this story.  How God had been preparing me and helping me to face my fears (there were a few!!!), and the lessons I learned after this experience.  But the point I have often repeated … what if Grandma had not prayed?  What if she had not heeded the voice of God?  I am firmly convinced that I would NOT be here today!

We are admonished to “pray without ceasing” and to me that means a life of communing with God but there are also times when we put ALL aside and pray with fervency!  If God places something or someone on your heart and you know you are to pray NOW … don’t put it off … someone’s life may be depending on your prayers!